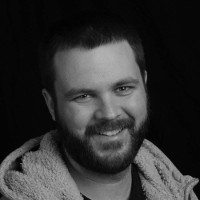 Late last year, Nintendo released a remake of The Legend of Zelda: Link’s Awakening for the Switch. I only got a few days of gameplay out of it at the time. Over the last week, in an attempt to find some reprieve during Melbourne’s grinding COVID lockdowns, I sat down and re-played the game from the beginning, all the way to 100% completion (all heart pieces, seashells and trophies).

With my last playthrough still fresh in my mind, it feels like as good a time as any try to express why this game means so much to me.

Link’s Awakening DX was the first video game I ever finished. I probably got my hands on it in late 1999. Until Pokemon Gold was released in late 2000, it would have been the only game I had on my purple Game Boy Color.

In 2019 I was so familiar with Link’s Awakening that I finished it over a weekend, but in 2000 it took me about a year to complete. At times I was hopelessly stuck, convinced there was no way forward. Through a perseverance borne of a lack of alternative entertainment, I eventually succeeded. 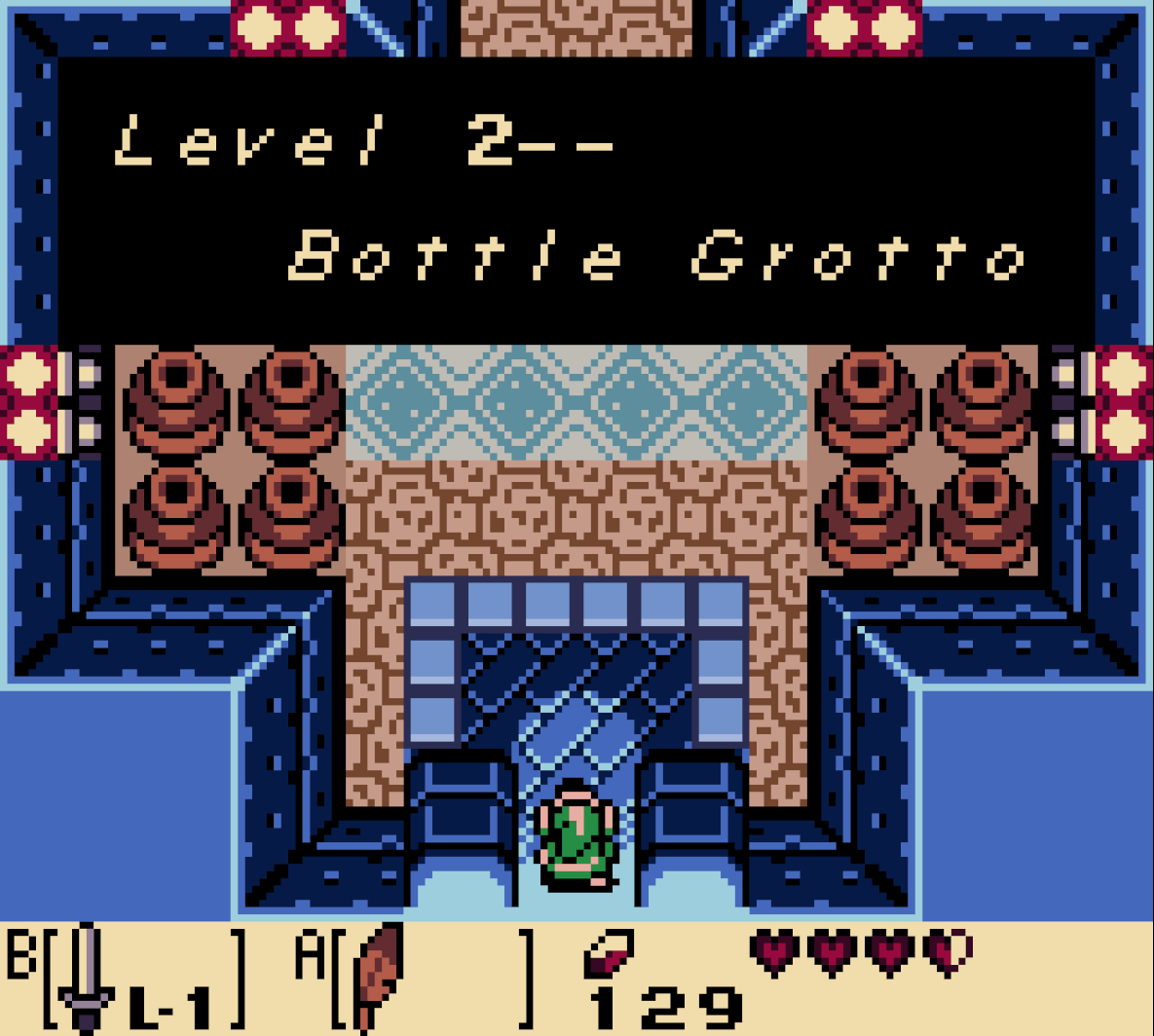 Bottle Grotto is the second dungeon in Link’s Awakening. It must have taken me roughly 6 months to finally complete it. I’ve played a lot of Zelda, but no other dungeon has stuck with me like this one.

About two-thirds of the way through Bottle Grotto, you encounter an owl statue. These are designed to help out the poor gamer by offering advice about dungeon puzzles. This owl offers some cryptic advice, particularly so since it doesn’t pertain to the current room:

10-year-old me found this inscrutable. What’s “Pols Voice”, or “Stalfos”? I moved on.

A few rooms later, I became completely stuck. I needed a small key to proceed through the dungeon, but none could be found. The compass told me that the key was in this room. But I killed every monster and smashed every bottle, and still could not find the key.

For months I could not find the answer. I searched ever corner of the dungeon and searched the limits of the overworld map. But the key would not appear. As far as I knew, there was nowhere to get help. None of my friends had finished the game. I had a friend with the internet, but I had no idea walkthroughs existed. There was nothing for it but to struggle.

Eventually, after scouring every corner of the dungeon a dozen times, the significance of the owl’s words clicked for me. The trick was to kill the three monsters in the room in a particular order: first the rabbit (Pols Voice), then the bat (Keese), and finally the skeleton (Stalfos). Do this and the key appears!

I’m obviously not the only person who’s had this difficulty. You can see that the 2019 remaster clarifies that the Stalfos is “skeletal”. More to the point, in 2019 it’s trivial to google the solution. And sure enough “bottle grotto not enough keys” is the top suggested search result on Google. But at the time I had no option other than to search every corner of the dungeon dozens of times. And eventually it paid off.

Genie in the bottle

The euphoria that came from finding the final dungeon key was short-lived. Within maybe 10 minutes I came up against the dungeon boss: Genie. And then for months I was completely unable to inflict any damage. As you can see above, Genie taunts the player that as long as he has his bottle, he’ll come to no harm.

I had absolutely no idea how I was supposed to do any damage. The game provided no hints other than Genie’s taunt:

I can’t move! but I am still all right. Your little sword won’t break this bottle!

So I went looking across the overworld, searching for a weapon that I must have missed. Something that (unlike the sword) might penetrate the bottle. I even took advantage of the quirky shoplifting mechanic unique to Link’s Awakening to get the bow, a weapon that is designed for much later in the game. But to no avail.

I must have spent hours of total time fighting Genie, struggling impotently against his bottle while he mocked me.

Bottle Grotto gives Link access to the power bracelet, and at some point I did realise that you could pick up Genie’s bottle. But it would have been months after I first picked up the bottle before I accidentally thew it at the wall. And that was it: the trick was to deal damage by chucking the bottle at the wall!

Again, it’s clear that I wasn’t the only one that struggled. The 2019 remake has Genie constantly gloating about the strength of the walls in room, guiding the player to his weakness.

The rest of Link’s Awakening is hard. But I had been convinced that Bottle Grotto was impossible. Once you find a solution to an impossible puzzle, you start to develop a confidence that solving the rest is in your power. Even if it can sometimes mean hours scouring for that clue you missed.

I’ve played a lot of Zelda since, and occasionally I’ve been really stuck. The Water Temple in Ocarina of Time was particularly tricky. But over time you develop a system for solving Zelda puzzles. And in truth, the puzzles have become easier: the games these days give you more guidance and Google is always there to help. But once I’d conquered Bottle Grotto, nothing ever felt quite as intimidating again. There’s always a solution.

More than once it’s occurred to me that the months I spent struggling in Bottle Grotto built a problem-solving temperament perfect for working with software. Some bugs are easy to find, and some can be absolutely fiendish. Over time I’ve developed strategies for solving bugs. And as I’ve become more experienced I’ve learned that sometimes it’s best to cut your losses and walk away without completely solving a problem.

But the wonderful thing about bugs in software is that, like Bottle Grotto, there is always a solution. No bug is impossible to fix. No piece of code has ever given me as much difficulty as Genie. But there have been times, days into debugging a Java classpath issue, where I’ve been incredibly grateful for the lesson he taught me.